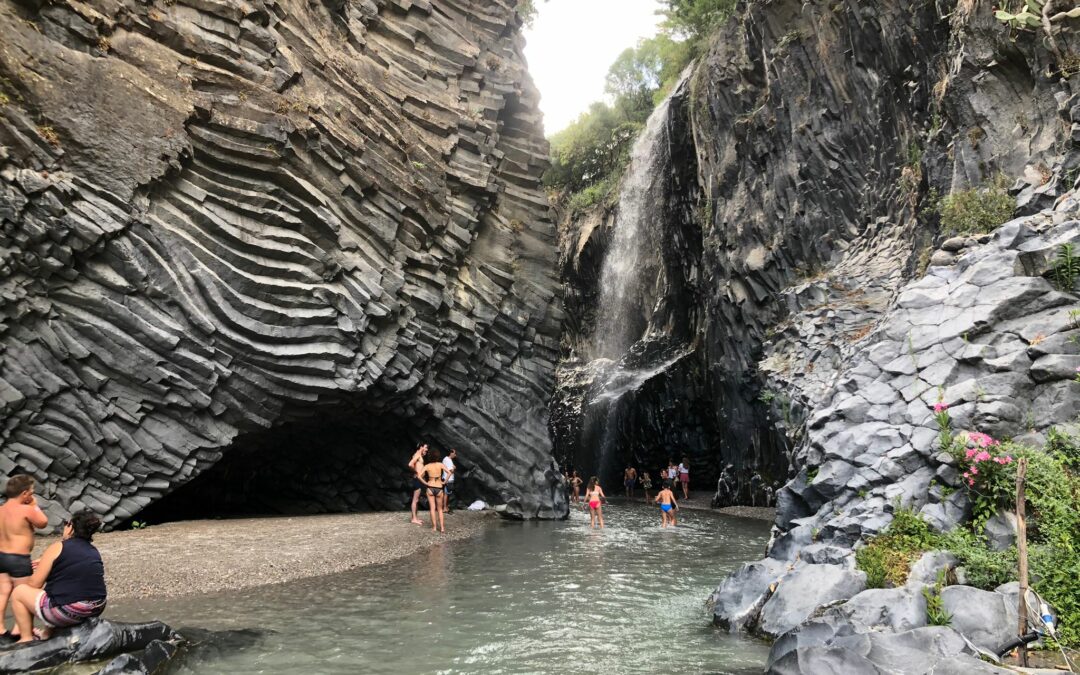 
Tours to discover Etna and the Alcantara Gorges? Book your full day excursion to discover the volcano Etna, also known as Mongibello, which is located in the eastern part of Sicily, in the territory of the province of Catania.

Visit to Etna: what you need to know

Formed about 500,000 years ago, today Etna is the highest volcano on the European continent, in fact it rises about 3,300 meters above sea level and is considered among the most active in the world.
Because of its continuous activity, it is constantly overhung by a cloud of smoke that scatters dust and lapilli into the air, causing them to fall to the ground.
It generally begins its activity with an outgassing phase (the elimination of gases), followed by volcanic ash spills and eventually by magmatic eruption.
Starting from the slopes and continuing to the summit, it is possible to admire different landscapes, we go from the countryside so fertile and filled with citrus groves to the thick forests of chestnut, oak and pine forests to continue to the bare landscapes where the scent of broom reigns overbearingly until we reach the lunar expanses near the crater living a unique and breathtaking experience.

The last stop is the exploration of one of the striking lava flow caves formed by the so-called “lava ingrottamento,” that is, when lava cools more rapidly in the outer part in contact with the air and the ground over which it flows.
On Etna we find several of them, generally created by lava eruptions that leave behind real precipices in the earth, characterized by stalactites from recasting, that is, concentrations of gas from the flow and lava residue on the sides of the caves themselves in the form of conical columns hanging from the roof.
The most famous is the Frost Cave where perennial ice is found, a rare and unmissable sight.

Visit to the Alcantara Gorges

Named after the very river that runs through them, the Alcantara Gorges represent a “natural canyon” characterized by really very cold waters (about 8 degrees), topped by basaltic rock walls that are more than 15 meters high and extend for more than 6 km.
To reach the Gorges, a path runs along the left bank of the river and passes unique viewpoints. 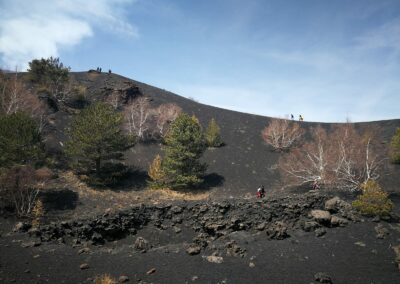 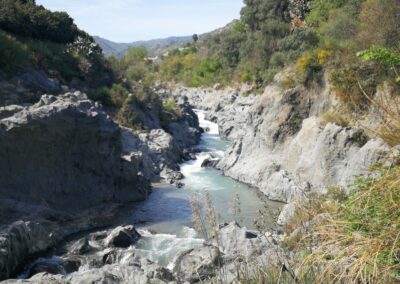 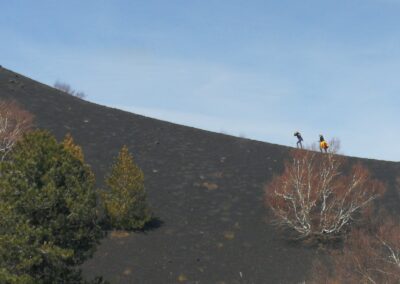 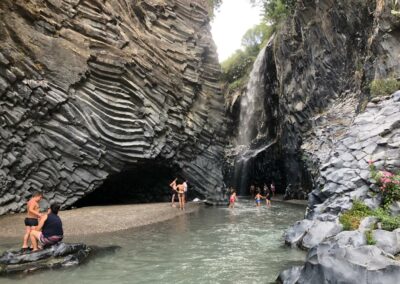