Etna half day: excursion to discover the highest volcano 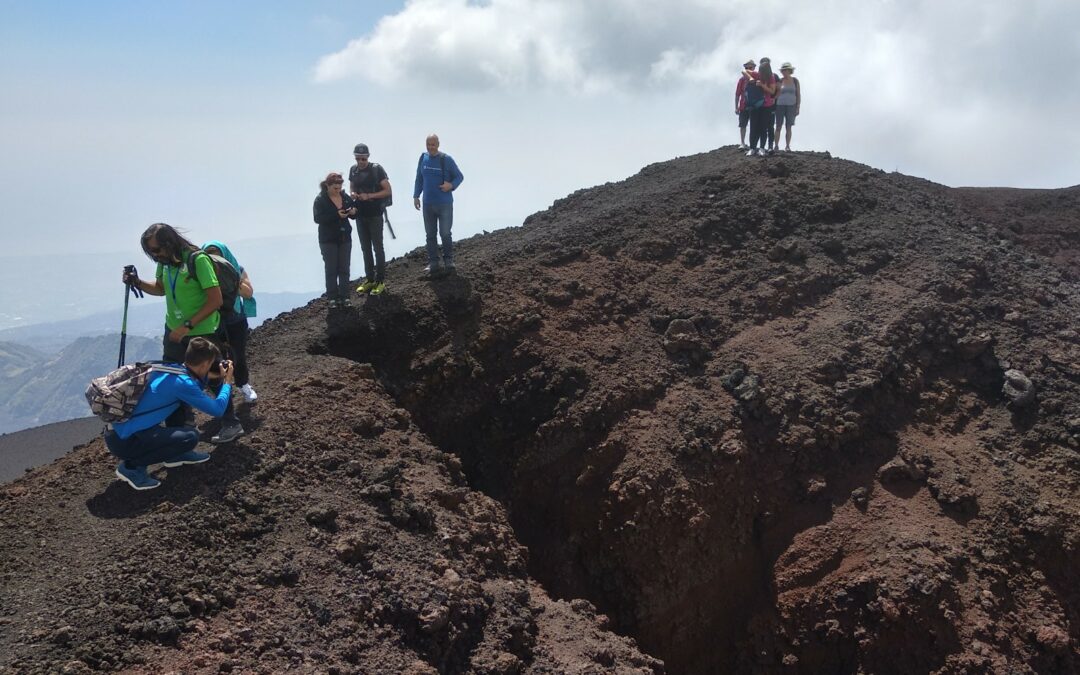 Would you like to take a half-day hike on Mount Etna, the highest active volcano in Italy?

A half-day excursion to Mount Etna offers the chance to take a pleasant trip outdoors. Trekking lovers will find an environment rich in: caves, craters and trails.

The route of daily excursions to Etna is the best way to spend a few hours immersed in a unique, unforgettable and wonderful landscape. Combining adventure and history during the walk on Etna you will be able to admire: the summit craters, the Valle del Bove caldera, lava caves and finally the unique panorama that can only be discovered by walking on the volcano .

Discover the best half day Etna excursions provided by STEP in Sicily.

The Etna excursions are ideal for being able to discover the highest active volcano in Europe. Indeed, the Etna tour leads to the discovery of a complex polygenic volcanic layer with persistent activity, which stands out on the eastern coast of Sicily.

Half a day on Etna is the best way to walk on the slopes and get lost among the intense colors of the volcano and at the same time be able to admire the blue of the sky and the sea, but also the green of nature and fronds in contrast with the black of the lava which instead settles on the ground.

For those who want to venture on Etna, half-day excursions are the best solution.

An excursion to Etna in half a day with the simple route “The magic of the animated stones” is among the best choices for those who want to take a pleasant walk and tour on the volcano. One of the most sought-after destinations is certainly the Bosco dei Patriarchi and the animated stones of Argimusco.

This route and tour on Etna includes an undemanding path, which allows you to cross the forest of centuries-old oaks and reach the megaliths of Argimusco, protagonists of popular legends and fantasies.

A very interesting trip to Mount Etna is the hike, which includes a medium route.

This tour on Etna involves starting from the Citelli refuge, which can be reached by car. From here, following the path, it is possible to visit the Serracozzo cave with its peculiar plays of light.

You can continue through a birch forest and lava walls to reach one of the volcano’s major secondary craters, Mount Concazze wheat and Sartorius Mountains, formed after the 1895 eruption.

Finally, trips to Etna also allow you to follow a difficult route. Those who want trekking on Etna must certainly choose this solution.

The route is more intense and evocative, it also allows you to reach the ice, crossing the wooded sections of the volcano.

The trekking on Etna excursion for the more experienced leads to the ice cave. Inside the cave you can admire the ice sheets and also the splendid stalactites.

Finally, during the walk on Etna in half a day dedicated to experts, the route allows you to visit the raspberry cave.

There are, of course, many other possibilities: itineraries on Etna of varying difficulty that can be undertaken with a guide or independently.

Those who wish can also choose to take short guided tours on Etna! 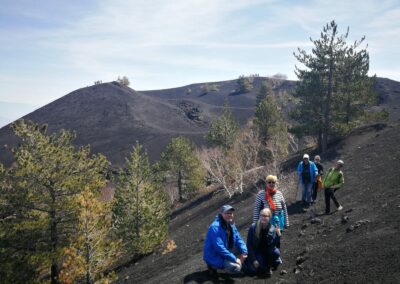 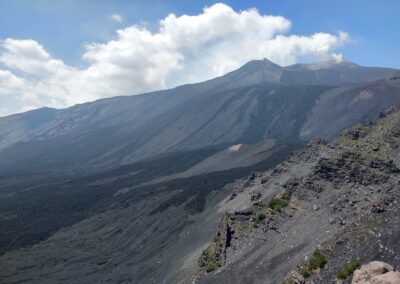 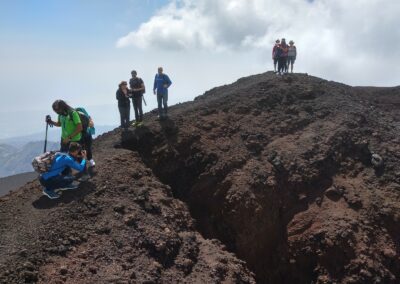 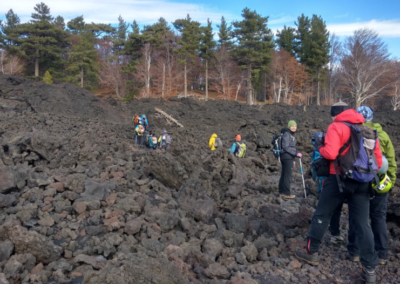